Some people are unaware of the influence they have on you in life, they are ignorant of their own kindness.

Maybe that’s the way it’s meant to be, maybe true kindness is a thing that doesn’t get recognition. Maybe that’s what makes it true kindness it’s just given freely. I don’t really know. All I know is that because of one person’s kindness and friendship, a time in my youth that was almost unbearable was made a little easier and I’ll always be grateful for that.

Thirty years have passed since that time and although life has come and gone in many different facets, I’ve always held with me the memory of the young man who made my life better.

I’m forty-four now and I am a mother of four boys — yes, four! My youngest are twins and so far all of my boys are pretty attractive. My oldest is thirteen and will start high school next year. We have yet to encounter all the teen years, so that lies ahead still. But I’ve taken a lesson from my own life and those years in high school and I try to teach my boys to be nice to girls all girls, not just the pretty or the popular all girls.

I want my boys to know what it’s like to have a boy be nice to you just because. Not because he’s dating you, not because you’re popular, not because you are pretty just because he’s a nice guy. I want them to be that person, because someone was once that person to me. I was not a popular girl or a pretty girl. I was an incredibly awkward and odd person, at least in my mind. I didn’t fit in my own skin and so much trouble and pain lie beneath the mask I wore at school from my home life how could I feel okay? But, I had a friend for a couple years, a good friend — a best friend. The kind of person who was just happy to see me. The kind of person who was nice and caring and really didn’t seem to care that I was an awkward mess.


I had a wonderful boy in my life when I was in high school.

There were other boys, different kinds, different shapes, sizes and attitudes. They came and went as they usually do. But for a couple years, I had a great friend in a boy at school. We saw each other everyday, we talked, laughed, were silly, wrote notes, all those things kids do. We were never a couple, we never kissed or held hands or any of that we were friends. People talked about us a lot, lots of gossip. I got tons of questions that he never knew about. I was disliked by quite a few girls, and he created a scandal when he didn’t ask me to one of the dances because everyone expected him to. It wasn’t all that easy having a guy friend — but it was worth it. He was a hero to me. He was cute and sweet, a: swimmer, diver and a skater and I had the hugest crush on him those years (but never told anyone) it wasn’t worth losing the friendship over. And believe me when I say, lots of people asked me, and I always gave them the same answer we are just friends. Which was true although not entirely truthful on my part but that was no one’s business but mine.

He was the kind of boy who excelled at everything.

If he decided to do something, then he did it 110%. He never let anything defeat him. He was the over achiever, but not in that stereotypical high strung way. He was laid back and fun, and he laughed and smiled all the time. Life just seemed to work for him — somehow he got it. He was the kind of boy any parent would want. He went to class, did his studies, competed on the swim team and was a diver. He had a free spirit and a warmth about him that others could relate to. He’d come to school frequently battered and bruised with stories to share with me of skating with some of the other guys. He had fun and it showed on his face and in her personality. I don’t ever recall an unkind word ever coming out of his mouth. He had nothing bad to say about anyone. I marveled at how amazing he was, and that he chose to spend his time with me because I was the total opposite. I was the screw-up, the kid with the miserable home life and an entire laundry list of problems. His presence and friendship gave me something I hadn’t ever had before — it gave me stability. He was always there. Every day I had something to look forward to in a bleak world. I knew he’d be there and I could always count on that. I could talk to him and he could talk to me.

Most kids who are fifteen and sixteen don’t get the blessing of having a hero in a friend.

We knew, even then, that what we had was different — special. But as happens in life, all things come to an end. We were still teenagers and even though there was a bond between us, someone did eventually come between us. It was hard for me and I’ll forever have his immortalized words in my yearbook as he told me he was sorry and that it was his fault and that what we had was “pretty special.” He wrote that someday maybe I would read his words and remember him. He didn’t know that I could never forget him.


After he graduated, I missed him.

I felt lonely not seeing him each day sitting on “Fish Hill” (a term for the place the swimmers hung out). It was an adjustment. It was an adjustment I didn’t like, but life goes on and we moved on. But I kept a little piece of my friend with me for many years. I had a picture of him that I had taken one day out on the swim deck when he was diving. Somehow my 1980’s camera managed to capture him in midair, like a knife just before he broke the plane of the water. It was a really cool picture. I took that picture with me for probably ten years. It was a moment in time that captured the essence of who my hero was. I had it in a little frame that was magnetic. The picture went with me to different places I lived, college and apartments. It’d be on my refrigerator or a mirror, or lamp, or somewhere I could stick it that I’d see every now and then. No one would really ask me about the picture because it wasn’t of a person’s face and it looked like I could have clipped it out of a magazine. I’d just tell anyone who asked that it was a friend — and it was. It was simply a reminder of something amazing. It was just a young man suspended in the air, doing something that I always thought was incredible to watch, another super power that he had — flying — if only for a moment. Once in a while I would stop and look at it and wonder where he was, I’d wonder if he was happy, I’d wonder if he’d remember me.

I did try to find him a few times over the years, but in the days before the universality of the internet and social media, finding someone was pretty hard to do.

Yet, I never forgot him — I never could. He’d always remained that more than human person to me, someone unlike anyone else I’d ever met. I eventually did find him and attempted to get to know him again, but he didn’t want that at that time in his life, so we disconnected again. But knowing he was alive and okay and still the same amazing person was a good feeling and I was happy about that. It would be another five years before we would connect again. This time choosing to be friends and getting to know each other again. He now knows that he was my hero and what he did for me so selflessly. I even managed to tell him about the secret crush I had on him in high school and to ask him for the prom date we never had. Which even thirty years later, still feels embarrassing to write in this public article. It reminds me of the movie Never Been Kissedwith Drew Barrymore when she goes back to high school.

No matter how many years have passed he will always be one of the greatest people I’ve ever had the honor to know, and he still remains my hero.

And I wish for my own boys to be like him. I want them to, just by being themselves, make someone else feel better about who they are because I felt better about me just by having his friendship. 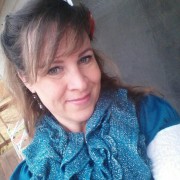 Elle is a writer, an apprentice of Toltec teachings, a glittery creatrix, priestess and Certified Warrior Goddess Facilitator. She loves teaching women and creating deep connections within harmonious community. She lives with her four wonderful boys and fiancee. Her hobbies include repurposing, remodeling and refinishing thrift store finds.

Reach out by Jenni Young

Your true nature cannot be avoided, just as a tree cannot deny its own roots

Nothing Can Possibly Change Your Life More Than This One Thing… Community!

A Valentine Message About The Real Purpose Of The Heart.

The Secret Portal to A Sweeter Life

How I Became Royal, And You Can Too. Moving From Viciousness To Victory.

October 29, 2015
0 0 vote
Article Rating
Subscribe
Connect with
Login
Connect with
3 Comments
Most Voted
Newest Oldest
Inline Feedbacks
View all comments
Check Also
Close
Read the Wall Street Journal and USA Today best-selling writings that have struck a chord in the hearts of millions of people around the world!

Back to top button
Close
wpDiscuz
3
0
Would love your thoughts, please comment.x
()
x
| Reply
Comment Author Info
You are going to send email to
Move Comment
Translate into
AfrikaansAlbanianArabicArmenianAzerbaijanBasqueBelarusianBosnianBulgarianCatalanChineseCroatianCzechDanishDutchEnglishEstonianFinishFrenchGalicianGeorgianGermanGreekHaitian(Creole)HungarianIcelandicIndonesianIrishItalianJapaneseKazakhKoreanKyrgyzLatinLatvianLithuanianMacedonianMalagasyMalayMalteseMongolianNorwegianPersianPolishPortugueseRomanianRussianSerbianSlovakianSlovenianSpanishSwahiliSwedishTagalogTajikTatarThaiTurkishUkrainianUzbekVietnameseWelshYiddish